sunrises and fridges full of beer.

I am in Georgia. I've been here 2.5 days and there are already some noticeable differences to my home in Norway. First, there is sunlight here. They told me I would miss it, and I thought they were kidding...for the first three years. Now, I get it.

Also, there is a fridge here...FULL of beer. And it is ALL FOR ME. That is how much father loves me. Look! 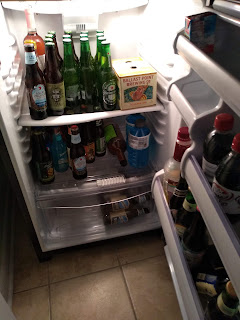 It is also warmer here, but I don't have a picture of that yet.

I am in the US for five whole weeks, and I have a great month planned where I am determined to relax, see friends, and visit with my family.

I just have to get over my jet lag first. Apparently it goes both ways! Since I've been waking up at 3.30 each morning--I took the opportunity to watch a sunrise! 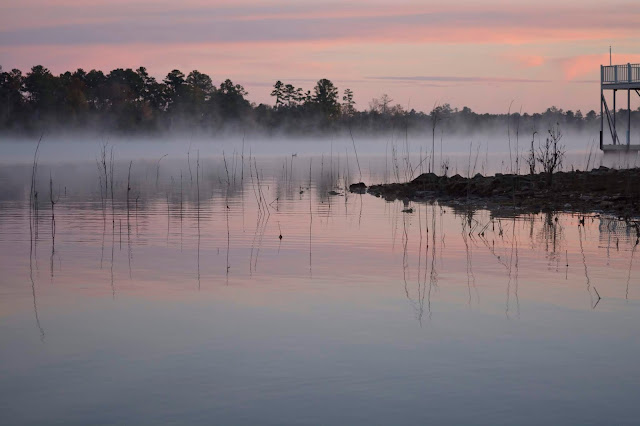 What? You haven't been getting my letters?

Right, so let's just pretend that for the last three years, we've been keeping in touch through lovingly hand-written letters sent in the post across the oceans and time.

It'll take all the awkwardness away.

I think that's a good place to (re-)start... in a far away land with birds and good wine and the beach. Yes. Very good.

Posted by Unknown at Friday, September 07, 2018 No comments:

Irish food comas, and travels in the air.


Last week I visited Dublin (Ireland, not Georgia) and the Centre for Deaf Studies at Trinity College. And it turns out that a week away was just the best!

I will admit the days approaching my departure were filled with anxiety and doomsday scenarios. You see, Lindsay now hates the idea of flying. Sigh. Which you can imagine, is quite…inconvenient.

"Well, I figure it's time that my luck starts to run out." I respond.

I know this is illogical and goes against the law of probability. But there you have it. Y'all know I'm not a mathematician. I'm a linguist.

Anyway. You can imagine my relief when I landed in Ireland unscathed. I immediately decided to enjoy myself. So in addition to my meetings at Trinity, where I got to try my horrible hand at Irish Sign Language, and meeting up with old acquaintances met in Australia, I went on a beer and food safari. It was indulgent, and delicious, and full of big-city envy.

I ate Mexican food, and Indian food, and Vegetarian food, and Irish food, and Japanese food. I drank no less than 8 different kinds of Irish craft beer. Pints of liquid joy. I even had a Guiness too. There aren't many things about living in a big city that I miss--traffic, people, trash--but boy-oh-boy do I miss going out to eat without having to do an hour of research on the Internet beforehand (Paris excepted). Thank you Dublin. I salute you.

It was also (weirdly) weird to speak English. Like, all the time. And they understood me.

Flying "issue" or not, the next few months are full of travel. Røros/Sweden, Paris, London, maybe Paris again, and Utrecht. Hm. We'll see.
Posted by Unknown at Sunday, February 22, 2015 No comments:

This winter is turning out to be…well…winter!

And it happened just in time for my Dad's visit! Whew. Trondheim without snow is a little anticlimactic. So yes, snow!


With this lucky turn, Vincent and I decided to take my dad on a trip to Røros, an old Norwegian mining town. Rumor has it that it can be cold in the winter, festive for the holiday season, and you can go dogsledding!

It turns out, all these things are true!

We had a lovely time walking around the town center (which is very small) and got some lovely photographs on top of the slag heaps (the leftovers of the copper mining that used to go on in the town).

The next day we were picked up and taken out to Alaskan Husky Tours where we were greeted by more than 40 very excited puppies and dogs. As we prepared our sleds, the dogs were shaking with excitement. Apparently, they looooove running. With about a three minutes' tutorial we were off!

The scenery was lovely as we went along a trail through the surrounding forests. That is, when we had the chance to look up. I for one spent a lot of time watching where the dogs pulling my sled were going and also looking down as I tried to figure out how to balance on one foot while I pushed the "please-slow-down-the-sled-thingamabob."

This trip was an adventure! Even though my dad almost fell off a "cliff," he still didn't let his sled go (which was one of the like three rules we were given)! And then one of the kennel hands was thrown off his sled during a break--the dogs and the sled took off in an instant. Then the main guy had to take my sled and go chase them down (I think he reached them only back at the camp!). So I spent some of the trip riding in someone else's sled…which was scenic, but rather cold.

This is something worth doing! Maybe even more than once!!

You can see some of the photos from our trip here.

Juleøl, or Christmas beer, is an important part of the Norwegian holiday season. The selection is vast, and the beer is varied, so it is a daunting task to know which brand to turn to. This is where science comes in. Lene and I decided to conduct a study in order to identify the best Christmas Beers of 2014.

This report summarizes findings from the first trial of the study.

Your welcome.
Posted by Unknown at Monday, December 15, 2014 No comments:

these fellow blogs keep me company...